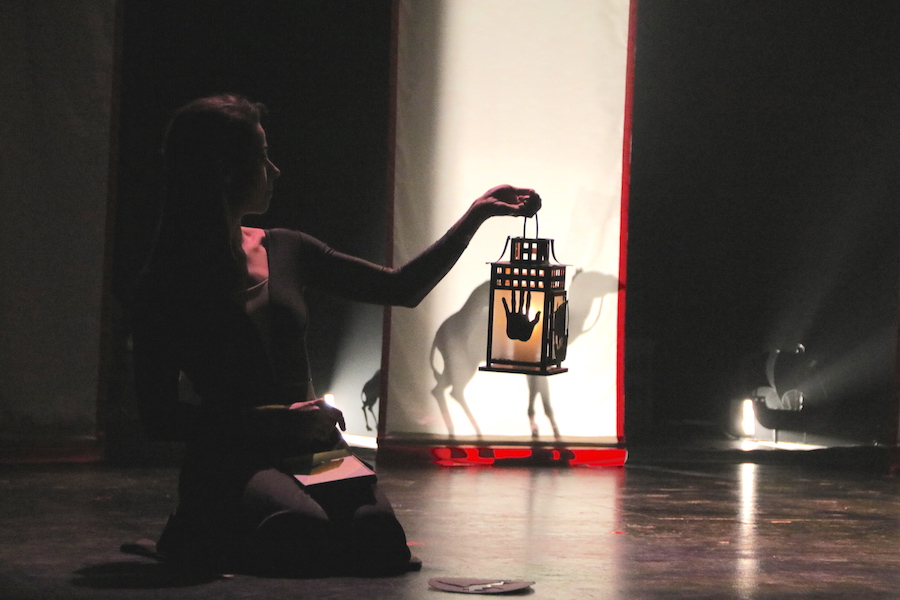 In the light of a candle, Marco Polo tells the Tartar Emperor the wonderful cities he has seen. They are impossible towns, metaphysical constructions. The stories become philosophical and enigmatic images. Each town is surprising and asks us what we are. An immaterial theater arises from mobile screens and shadows that illustrate the cities. It is the privilege of shadows to make cities "visible" for a moment without revealing them. The Court Musician dress with music the stories narrated by Marco, who sings songs from yesterday and today, in many languages. It is a journey through space and time, in the universality of singing accompanied by guitar. The Emperor does not appear. He is the one to whom the story is dedicated. He could be among the audience. He could be the public...