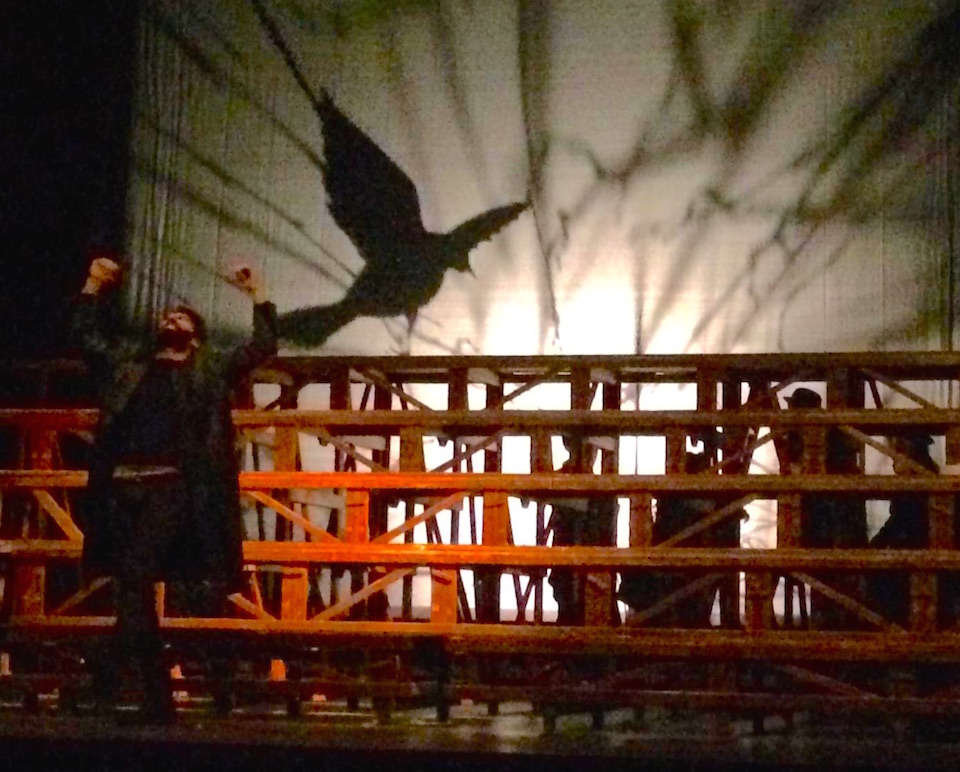 Pisetero and Evelpide, citizens of Athens, decided to leave the polis to go in search of a place to spend their lives without a headache, far from the complicated mechanisms of social and institutional life in Athens. In an imaginary place between earth and sky, far from trouble and sorrow, the two realize a utopian dream: that of a city that renews the lost golden age, when the birds, older than Kronos and Titans, masters of time , were sovereigns of a sweet and maternal homeland, without laws or violence.

"Aristophanes in Greece of 414 A.C., while his world crumbles between wars and ideological and generational clashes, manages to stop time, to look for an escape route in the imaginary, to draw an impossible possible world. Men and Gods united by corruption and greed, will now be divided by Nubicuculia, the city built on clouds, and by the dream of freedom and participation of its inhabitants, who will decide for a life without laws and without money. It will be in this "space", the one of the desire for change, the one of possible revolution, the one of adrenaline impulses, where we will try to narrate the masterpiece of the greatest comic poet of classical comedy. A timeless tale, updated in the language, between Cervantes, George Orwell and Alfred Jarry, but also Totò, yet with extreme fidelity to the dynamics and intertwining of the original characters.
A company of young performers between words and music in a show that returns on stage the comic strength and emotions of the extraordinary and controversial work of the great Athenian poet. For the story / journey of the two "refugees" in search of the city and ideal life we ​​will use different languages, from shadow theater, to singing, to movement within a scene that recalls the stands of an ancient theater, mirror of the real audience, in an interlocking game of time and space ".
Emilio Russo