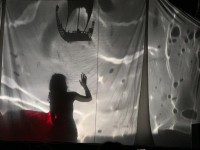 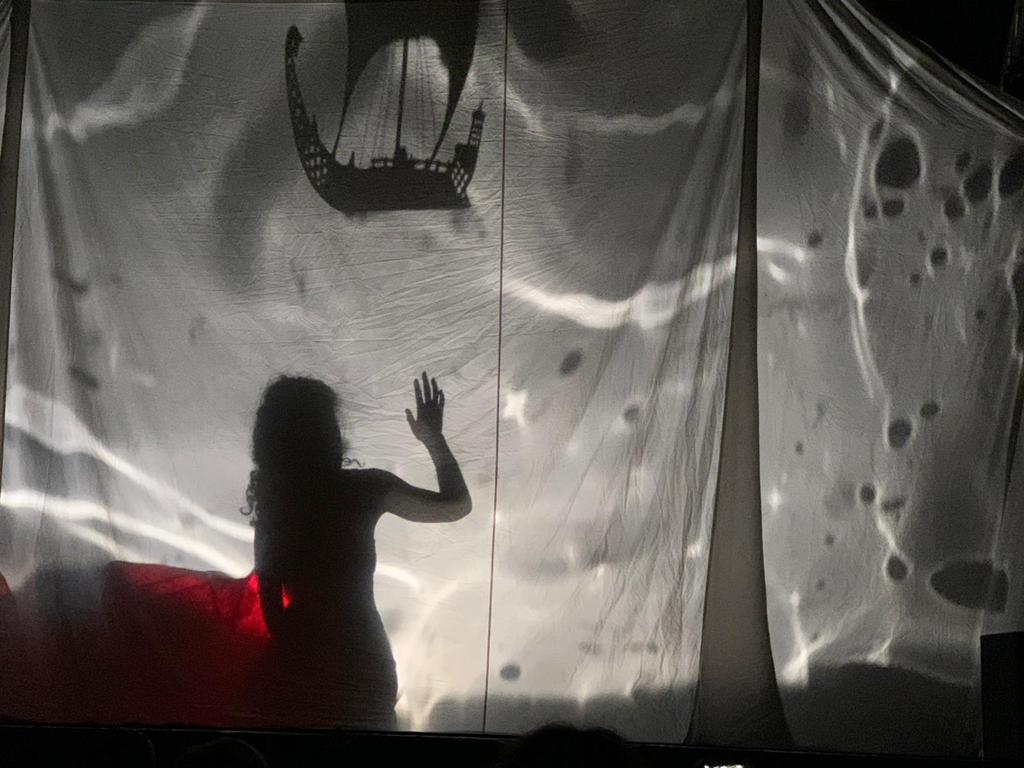 Dido and Aeneas staged by Controluce debuted with live music in 1999 at the Festival INCANTI in Turin, and was represented at the Journées Théâtrales de Carthage in 2001. The show was taken up in a new version in 2007 and debuted at Lugo Opera Festival and Teatro Comunale of Bologna. Further versions: with the Quartet Terpsycordes and musical direction of Leonardo Garcia Alarcon (Shadows Festival of Staggia Senese, June 2008), under the musical direction of Kenneth Weiss (Madrid, Circulo de Bellas Artes, November 2008),with the Academia Montis Regalis and Chorus Maghini, (Society of Whist-Accademia Filarmonica di Torino, 2012 and Rovigo 2013), with Novantik Project Basel (Basel 2014, Labastide d'Armagnac 2015) and was performed once more at the Incanti Festival in Turin in 2018. The version with recorded music was played many times in Italy  and abroad, including the International Shadows Theatre Festival of Schwäbisch Gmünd, where it won the audience Award, the festivals of Mistelbach and Wels, the 10 Festival Youth in Singapore, the International Kukla Festivals of Istanbuland Izmir and many others.